Blue is a colour of rare beauty in gardens, you find it in Delphiniums, Hydrangeas and Clematis and other plants, so why not roses? Well its all down to genetics, roses do not possess the necessary genes to produce the blue pigment. If you see a blue rose in a floristry shop it is almost certainly a white rose that has been dyed blue. There has also been research in Japan to try and introduce the pigment ‘Delphinidin’ into roses using genes from pansies but with limited success, you can read about this research on the Suntory website.

Which means the closest we actually come to Blue in roses is Purple. 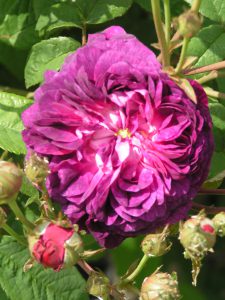 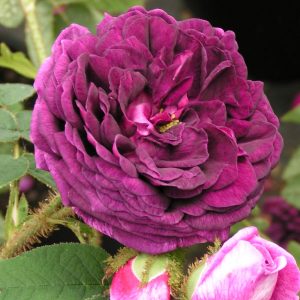 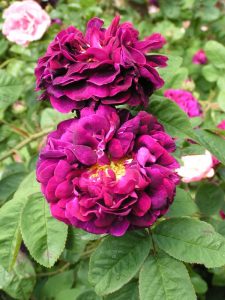 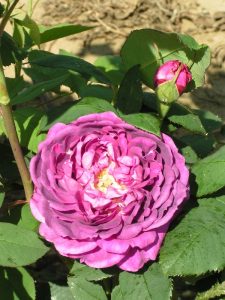 The Rise of the Purple Rose

We first start seeing purple within Gallica roses. Gallicas are admired for their intense fragrance and some are known to date back to the 12th century. By the 19th century we start seeing purple within the Hybrid Perpetuals which saw the first repeat flowering cultivars such as ‘Reine des Violettes’.  As for the climbing purple roses, in 1909 Rudolph Geschwind introduced Rambling Rose ‘Veilchenblau’, which later bore four other amazing seedlings; ‘Violette’, ‘Bleu Magenta’, ‘Rosemarie Viaud’ & most recently ‘Lilac Domino’, all with various flower forms. 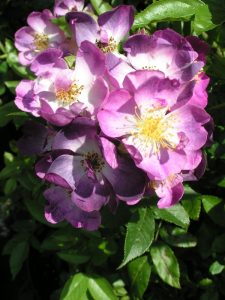 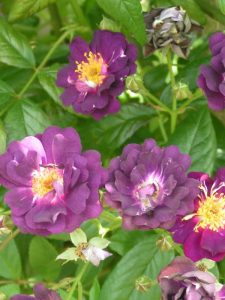 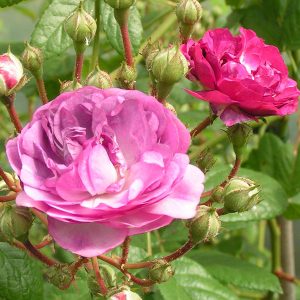 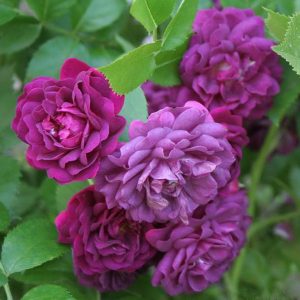 Surprisingly we didn’t see a modern type purple rose until ‘Blue Moon’ in 1964. This was a paler lilac colour but often riddled with disease. It wasn’t until the 21st century we saw the best varieties, most of which have come from the UK, such as ‘Rhapsody in Blue’ that won Rose of the Year 2003 and was later given the prestigious RHS Award of Garden Merit. It’s a relatively tall floribunda shrub rose which can also be used as a short climber and is generally fairly healthy. The most fragrant of the modern purple roses we believe is the light pastel ‘Sandra’, which has an old fashioned ‘cabbage’ flower form as well as, ‘Scented Carpet’ a recent British introduction.

We look forward to seeing what comes out of the rose world in years to come, perhaps the genetical research will prevail, but we still love the historical purple rose. 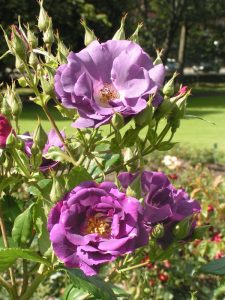 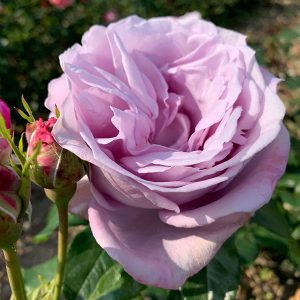 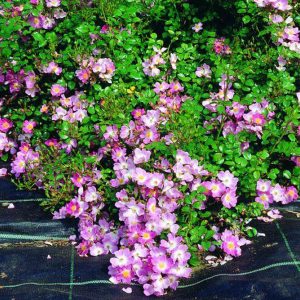 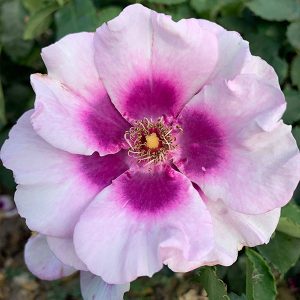 British Persica – Eyes for You